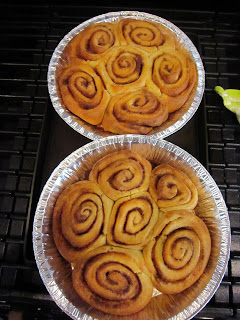 Mmmm...........Cinnamon buns.
Cooking is a craft right?
It seems of late, I am spending a lot of time cooking.
These buns are becoming legendary. The ingredients make up far more than we could eat, and have been given away to friends and family, until someone suggested that I could of in fact froze some LOL. So thats what I will do in the future.
What started as a joke became a reality, and I boxed up and posted a batch of these, surprisingly they turned up looking exactly the same as when i posted them. Big Shout for royal mail who I am normally slating for a poor service.
I must get out of the kitchen and into the craft room, I have far too much 'stuff' accumulating.
Posted by FLUV at 11:03

FLUV
Hello and Welcome, My Cyber name is Fluv, I am married with two gorgeous children.